Compared to most of the security institutions in Central Europe, the Czech Security Information Service (BIS) managed to describe Russian and Chinese intelligence activities in the Czech Republic in a remarkable detail. There are several points in the latest Annual Report we would like to highlight:

Disinformation websites appearing in the Czech online space are only a small part of a hybrid strategy deployed with the goal to disrupt NATO and the EU by weakening its member states. 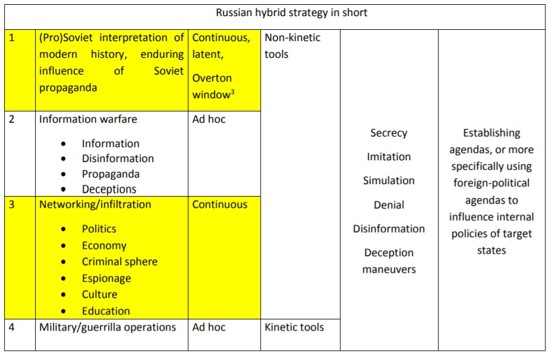 A window of opportunity

Thomas Hylland Eriksen Our slowed-down, cooled-down, scaled-down lives during the pandemic are evidence that quality of life does not depend on high productivity and frantic consumption. Suddenly, it has become respectable – and realistic – …

Irina Borogan Andrei Soldatov Vladimir Putin’s anger and jealousy has taken down many proactive leaders throughout Russia – and left the country vulnerable to crisis. The oil price war against Saudi Arabia backfired, and a …

Why conspiracy theories soar in times of crises

Péter Krekó From anti-vaxxers to terrorists, people often look for hidden causes which match the magnitude of the collapse they are facing. Uncertainty and public distrust are fertile ground for conspiracy theories. When used to …

The Power of Human Simplicity

The end of the fifties in Czechoslovakia. After the trial and executions of intellectuals such as Záviš Kalandra, after the currency collapse, after the state’s complete vassalage to the cruel and despotic regime to the …

Selling sex in the pandemic

What do we want to bet?

The economics of real estate: speculation and urban development Susanne Heeg   The spatial limits of speculation have been broken and the world is constantly combed for investment opportunities. The aim is to create the …

Lessons from an unfolding emergency

Jiří Přibáň   The pandemic prompts fundamental questions. How do we define society’s relationship to nature? How resilient are our democracies to the abuse of emergency powers? How far can science dictate political decision-making? And …

Transnational feminist politics and the erotics of resistance Nikita Dhawan   Can street protests communicate justice for all? Political theorist Nikita Dhawan criticizes global movements where only ‘certain individuals are well positioned to express their …

Building an autonomous tenants movement in Los Angeles School of Echoes Los Angeles   Tenants are the new proletariat. Rents are among the main sources of global capital accumulation, and tenants’ vulnerability is increasing accordingly. …