How likely is it that Paul Whelan is an American spy?

At the end of December 2018 Russian authorities announced the arrest of Paul Whelan. He had received a USB flash drive from a Russian man who came to his hotel room in Moscow. Minutes later Mr. Whelan was arrested, charged with espionage, and taken to Lefortovo prison. If convicted, he would face 10 to 20 years in prison.

Mr. Whelan, 48, is not an accredited diplomat. He is Canadian by birth, and also a citizen of the United States, Great Britain, and Ireland. He was a staff sergeant in the U.S. Marine Corps Reserve but left with a “Bad Conduct Discharge,” having been court-martialed for larceny on the grounds that he had attempted to misappropriate more than $10,000 and was guilty of writing bad checks. It was subsequently reported that Mr. Whelan, prior to his current trip, had been to Russia several times and was a passionate collector of Russian souvenirs. His family claims he had gone to Moscow to attend a wedding of an American friend who was getting married to a Russian citizen. His most recent job in the United States has been described as providing security for the facilities of an automotive components’ supplier.

How likely is it that Paul Whelan is an American spy? It is very unlikely. The Russian authorities have so far failed to support the charge of spying with any proof. This is strange because when the Soviet KGB or the Russian FSB arrested US citizens in the past and charged them with espionage, it provided evidence to display! Let me offer two examples. In July 1977 KGB agents arrested Martha Peterson, an accredited US diplomat and an undercover CIA officer, as she was about to load a dead drop for an agent code-named TRIGON in a pillar on the Krasnoluzhsky rail bridge that crosses the river in the vicinity of the famous Novodevichy cemetery. The KGB carefully photographed the arrest, and even the rough and demeaning search of her person. Then they took her to Lubyanka, woke up the deputy chief of mission at the US Embassy, and placed before him all the espionage paraphernalia the KGB found on her body and in her bag. This included the package she had planned to leave in the dead drop and her communication equipment. There was little anyone could say; the evidence was clear. Within a few hours an embassy car drove Peterson to the airport, where she boarded the first flight out of the country.

In May 2013, Michael McFaul was in the middle of his term as President Barrack Obama’s ambassador to Moscow. The Putin men in the Kremlin disliked him intensely because they correctly sensed that McFaul, a sophisticated Russia expert, was a shrewd observer of Putin’s Russia. To embarrass him, the FSB carried out a spectacular arrest of Ryan C. Fogle, 26, a US diplomat. The event was recorded and the items found in his carryall—two wigs, a compass, a map of Moscow, EUR 100,000 and an incriminating letter—were proudly displayed for all to see.

The case of Paul Whelan violates this pattern. Because his arrest was not accompanied by the display of any evidence of his alleged clandestine activities, one must naturally ask whether any proof really exists.

There are other obstacles for those who wish to believe that Mr. Whelan is an American spy. To start with, he lacks diplomatic status and has repeatedly traveled to Russia as a private person. Insiders agree that Moscow is the toughest territory for anyone wishing to conduct espionage. The small CIA section in the U.S. Embassy does engage in intelligence operations in the city and beyond. It does so rarely, and always with the use of highly trained specialists with full diplomatic status and immunity. There is no evidence that the agency has ever deployed a so-called NOC (non-official cover) officer to Moscow, i.e., a deniable person who has no hope of receiving any assistance in case of arrest. Sending a NOC to Russia is simply too dangerous; sources tell me, it does not happen.

There are other aspects of the case to consider: NOCs represent the elite within the elite clandestine service of the agency. At nearly fifty, Whelan would be far too old for the rigors of the job. Furthermore, his “Bad Conduct Discharge” from the Marines would disqualify him almost automatically, as would his four citizenships and frequent tourism in Russia. (Repeated visits trigger unwanted FSB attention.)

Finally, Mr. Whelan’s arrest shortly after classified material was placed in his possession has all the finger prints of a provokatsiya, a technique Russian special services have practiced for decades and so often that they litter the history of cold war espionage. One such case involved a Yale professor of political science. Frederick Barghoorn was completing his research trip to Moscow in 1963 when a stranger approached him at the Metropole Hotel (the same hotel where Mr. Whelan was arrested) and thrust sheets of papers into his hands. The professor was immediately arrested, charged with espionage, and taken to prison. He was entirely innocent, but it took intervention by President John F. Kennedy to get him released.

In 1986, during the tense Reagan era, the United States arrested for espionage Gennadi Zakharov, a Soviet Intelligence operative, ostensibly a UN employee. A mere three days later, the KGB arrested Nicholas Daniloff, an American journalist in Moscow, and falsely charged him with spying. After difficult negotiations, both were released, although the freedom of an innocent man was purchased at the expense of releasing an obvious Soviet spy.

Soviet special services found the provokatsiya technique to be so efficient that they introduced it to their satellite services in Eastern Europe, including the StB. For instance, in 1951, an agent provocateur, placed a photograph into the hands of William Oatis, an AP journalist in Prague, and ran away. Moments later the StB burst into Oatis’s apartment and charged him with espionage on the grounds that he possessed a photograph of a secret facility. Oatis, an innocent man, was sentenced to ten years. He languished in prison until after Joseph Stalin’s death in 1953 and the arrival of President Dwight Eisenhower in the White House.

Mr. Whelan is no American spy. Why was he arrested then? The case involves Russia and one hesitates to exclude the possibility that it was a result of a bureaucratic blunder, and that the authorities have been silent because they are looking for a dignified exit. If we do rule out error as the key to understanding the affair, we end up seeing Paul Whelan as a pawn meant to be traded for the release of Maria Butina.

This young woman, a Russian citizen, was arrested by the FBI in July 2018 and charged with an assortment of crimes, including, acting as an undeclared agent of a foreign government (Russia). In December 2018 Butina pleaded guilty to the charge of “conspiracy to act as an illegal foreign agent.” It has been reported that as part of her deal with the prosecutors, Butina agreed to cooperate with U.S. authorities. Could it be that Whelan’s arrest in Moscow is a signal to Butina to think twice about such a course of action—because she might be soon coming home? 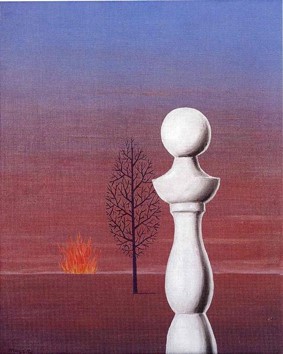 Guilt and repentance in Berlin

Hans-Hermann Tiedje, former advisor to Helmut Kohl, has entered the debate about German culpability in the current war in Ukraine. It is the biggest mistake in the history of the Federal Republic, says the well-known …

When self care is guilty pleasure

Testimonies of women in war Who can focus on interior design after the massacres of Mariupol, Borodyanka and Bucha? Ukrainian women tell how their relationships with self-care, beauty and consumerism were changed by the war. ‘I …

Out of cities and work, India´s working women struggle to rebuild their lives.  Millions of internal migrants were sent back to their homes across India since the first coronavirus lockdowns. By the time restrictions lifted, …

When vegetarians get a craving for meat

The war in Ukraine is strengthening Europe’s internal constitutionalism. It redefines the East-West divide and replaces the conventional Cold War narrative with one of decolonization. In 1995, American anthropologist Clifford Geertz lectured at the Institute …

Russia and China – Butch Cassidy and the Sundance Kid

Russia and China are working together to limit US influence. They claim that real democracy is in their countries, not in the US. The former regards Ukraine as its errant child and the latter as …

No empire without end

Putin’s Ukraine war is drawing a curtain on ‘Pax Rossica’, the notion that Russia can dominate the post-Soviet Eurasian landmass. The Kremlin’s strategy has changed since it failed to gain immediate control of Kyiv. What …

The disintegration of America and the American Ideal

The news in America is full of the recent ruling by the Supreme Court, which in a landmark decision, overturned the 50-year-old right of women to have an abortion.  The ruling significantly increased the ongoing …

The US Supreme Court has overturned two landmark cases that protected a woman’s rights over her own body for 50 years. How did ‘fetal politics’ — a political movement that has turned embryos and fetuses …

The unspoken aspect of war It’s easy to get exhausted soon after startling news breaks. But dealing with a limited attention span is only one side of the tiredness that war brings. How can we …

Reflections of the Russian Empire

The generation of late baby boomers to which I belong is unlikely to see normalized relations or even friendly relations with Russia. This is not a step into the unknown – they have lived a …